Today, we’re heading somewhere I’ve found fascinating in recent years, and read / watched as much as I can about – Russia, and with particular focus on the Romanov Dynasty. Our guide today is writer Elizabeth Ducie, who I’ve ‘met’ online as part of the Swanwick Writers’ School Facebook group. Over to you, Elizabeth… 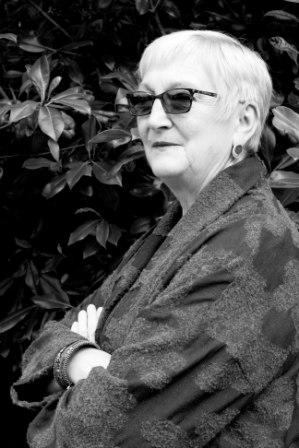 On the banks of the Volga River, 6oo km north east of Moscow, Kostroma is the home of the Ipatiev Monastery. 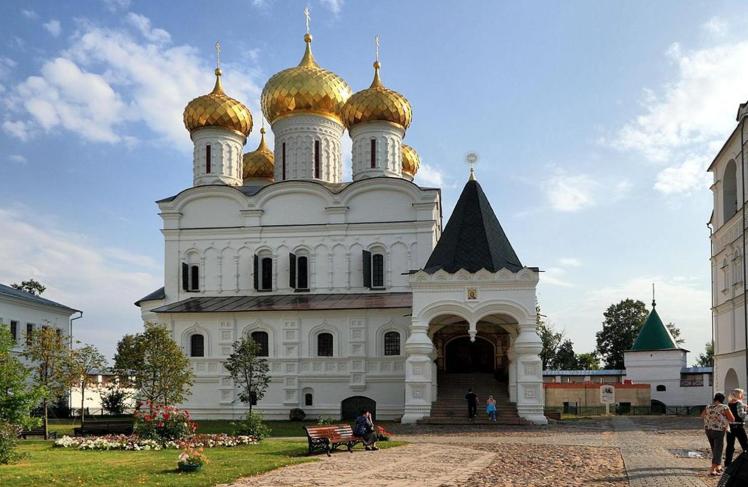 Mikhail Romanov was staying there when, in 1613, it was announced that he was to be the tsar. So it could be said that the dynasty was born there. In Gorgito’s Ice Rink, I changed the name of the town to Nikolevsky but the monastery is recognisable in the opening scene where skaters perform on the frozen river.

For anyone growing up in the days of the Cold War, the Kremlin has connotations of a sinister enemy half way across the world. Kremlin means fortress inside a city and it is actually a beautiful complex of buildings including five palaces and four cathedrals, the Arsenal and the Armoury, which houses the magnificent collection of Romanov regalia: thrones, crowns and jewellery. Ironically, the Kremlin theatre was the place where I had my wallet stolen during a performance of The Nutcracker.

The Romanov story reached a violent and tragic point in Ekaterinburg in July 1918 when Tsar Nicholas II, his wife Tsarina Alexandra and their five children Olga, Tatiana, Maria, Anastasia, and Alexei were killed by the Bolsheviks. Bearing the same name as the place where the story started, the Ipatiev House was demolished in 1977 after many years of neglect. The Cathedral on the Blood was opened on the site in 2003 and has become a place of pilgrimage for many people.

The remains of the Tsar and his family were dumped in Gamina Yama, a pit in a mine near Kaptyaki and then relocated to Porosyonkov Log, a field in the forest. They were to lie hidden for some sixty years before being discovered by amateurs, who kept the discovery secret until the political climate changed. They were finally disinterred and formally identified in the 1990s. Seven churches, varying from the tiny to the huge, have been constructed in the forest in memory of the family. This site of horror is now one of the most peaceful, reverent places I have ever visited. Standing on the edge of the pit, marked with a simple cross, as the sun dappled the bark of the silver birches, is a moving experience I will never forget. 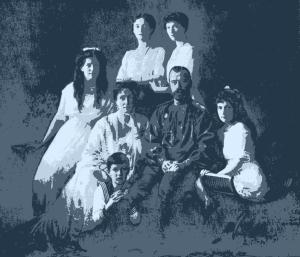 The Peter and Paul Fortress in St Petersburg is the resting place of many of the Romanovs including Peter the Great and Catherine the Great. In 1998, the remains of Nicholas II and his family were given a state funeral there.

I have visited all five of these locations associated with the Russian tsars. At the back of my mind there is a story forming. So far it’s no more than an idea: a timeslip connecting the generations of the Romanovs with the modern day. It may be a short story; it may be a full length novel, or even a series. At the moment, I have no idea. But, once day, I will write that story.

When Elizabeth Ducie had been working in the international pharmaceutical industry for nearly thirty years, she decided she’d like to take a break from technical writing—text books, articles and training modules—and write about some of her travel experiences instead. She took an MA in Creative Writing and discovered to her surprise that she was happier, and more successful, writing fiction than memoirs or life-writing. In 2012, she gave up the day job and now lives in Devon, where she writes full-time. She has published three collections of short stories and appears in a number of anthologies. Her debut novel Gorgito’s Ice Rink, was a time slip set in post-Soviet Russia and Stalin’s USSR. It was runner up in the 2015 Writers’ Magazine Self-Published Book of the Year Awards. 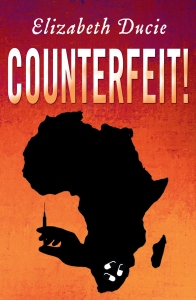 Her second novel, Counterfeit! is the first in a series of thrillers set in the sometimes murky world of international pharmaceuticals. Based in southern Africa, it came third in the 2015 Literature Works First Page Writing Prize. She is currently writing the second and third parts in the series. Elizabeth also lectures and writes on business skills for authors. You can find Elizabeth online at her website, on Twitter, on Facebook, on Pinterest and on Goodreads.